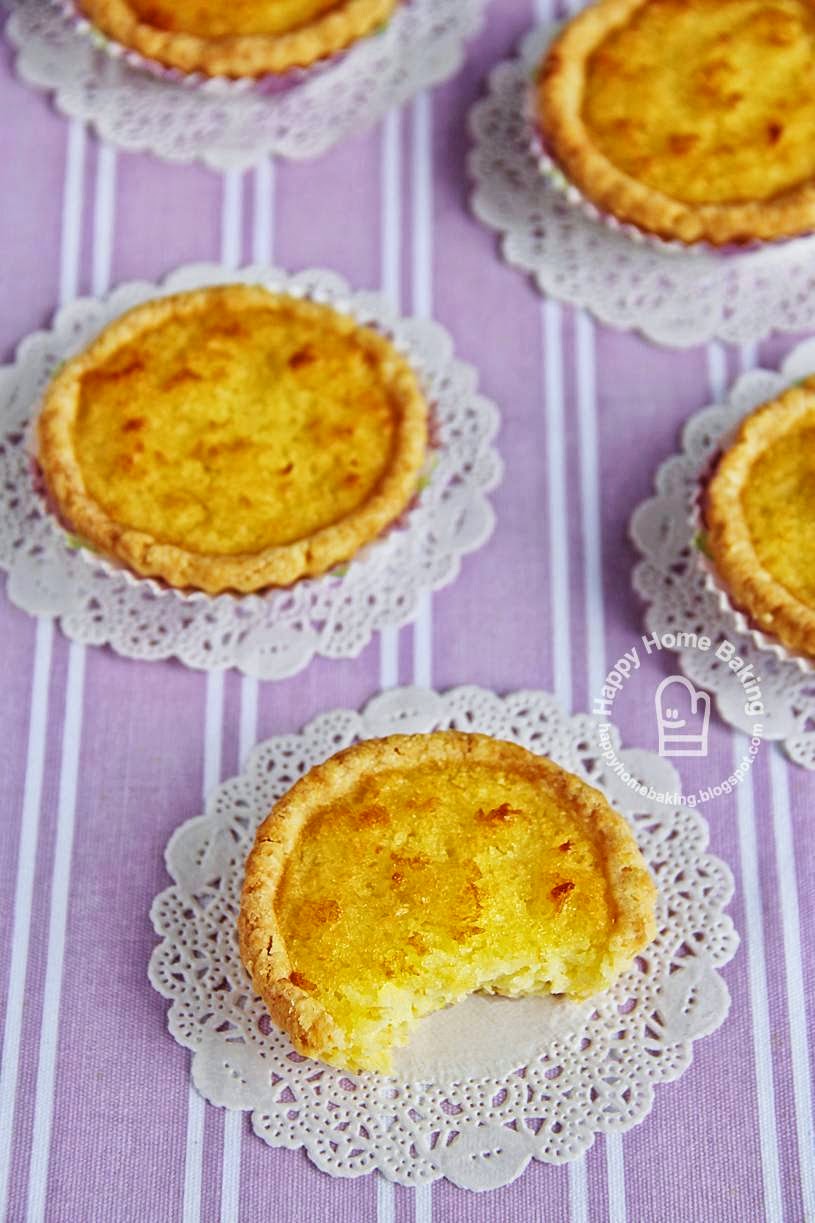 With my recent success at baking some really nice egg tarts, I ventured further to try my hands at making Coconut Tarts. 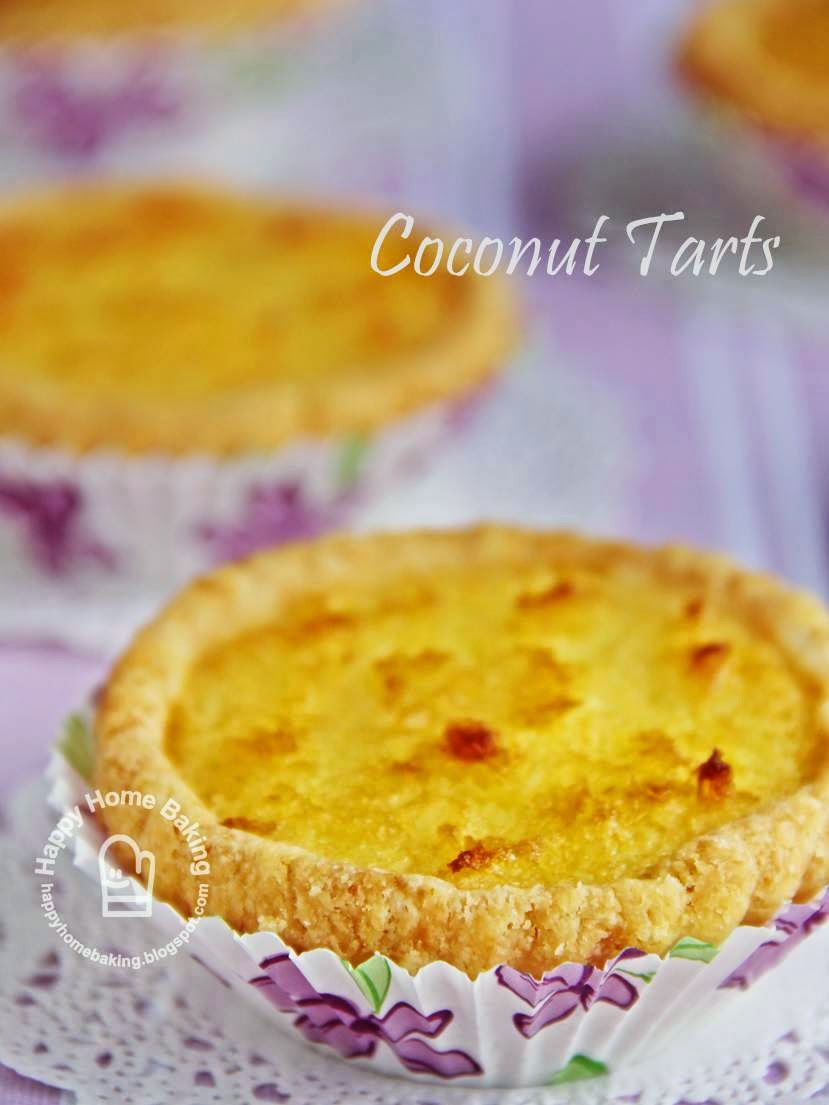 For the coconut fillings, I followed the coconut tarts recipe from Angie's Recipes. Angie's comprehensive list of recipes was my first to go list when I started baking eight years ago :) As for the pastry crust, I am sticking to the 黑妈妈祖传蛋挞 egg tart recipe which I am now very familiar with. 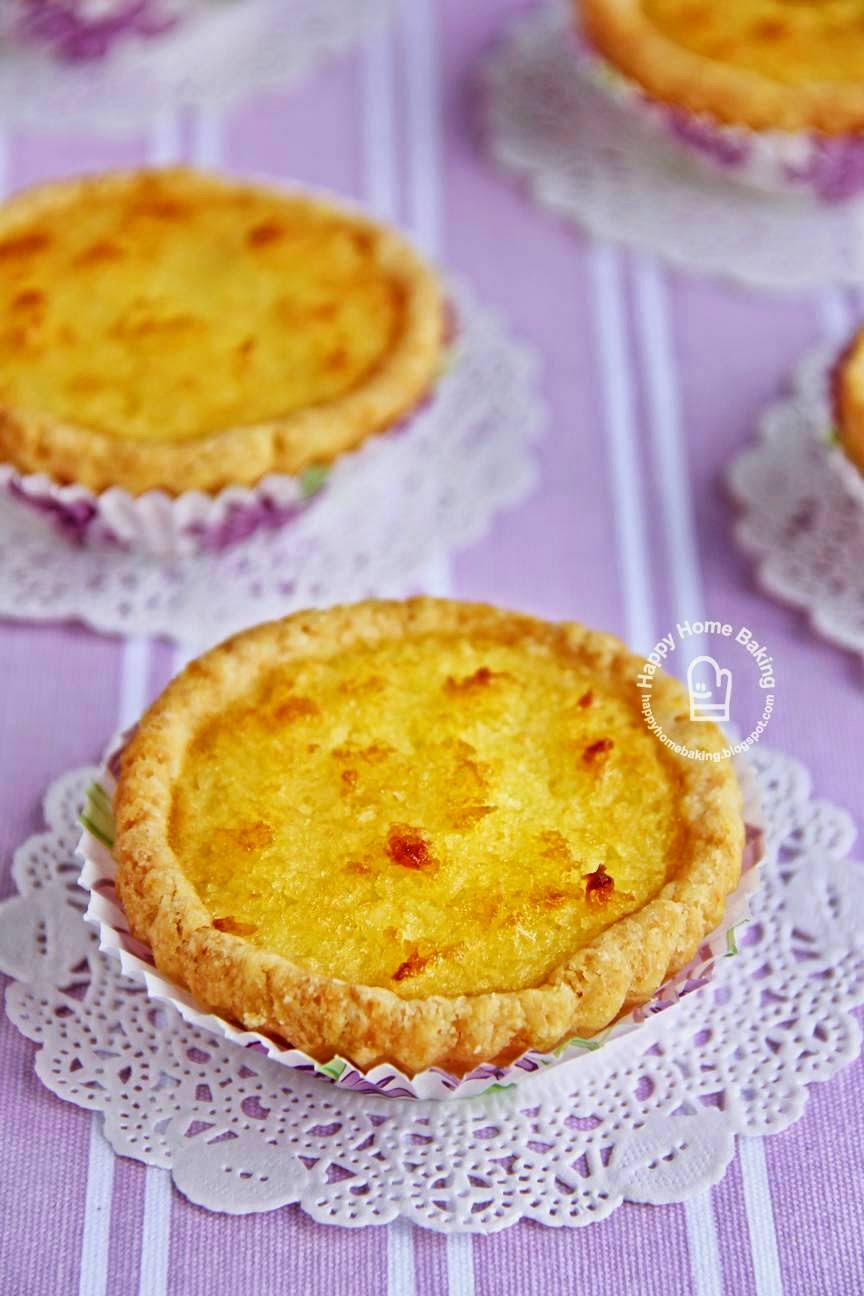 Thanks to Angel's kind advice and useful tip, on my 3rd attempt, I did not grease the moulds, and strange enough I could remove the tarts easily! I have always thought that greasing baking pans and moulds helps prevent bakes from sticking, but obviously it doesn't apply for those egg tarts. By the time I tried baking these coconut tarts, I could unmould the tarts almost effortlessly. I don't even need to knock or tap the moulds on the table top, simply invert the tart and I could lift up the mould easily. 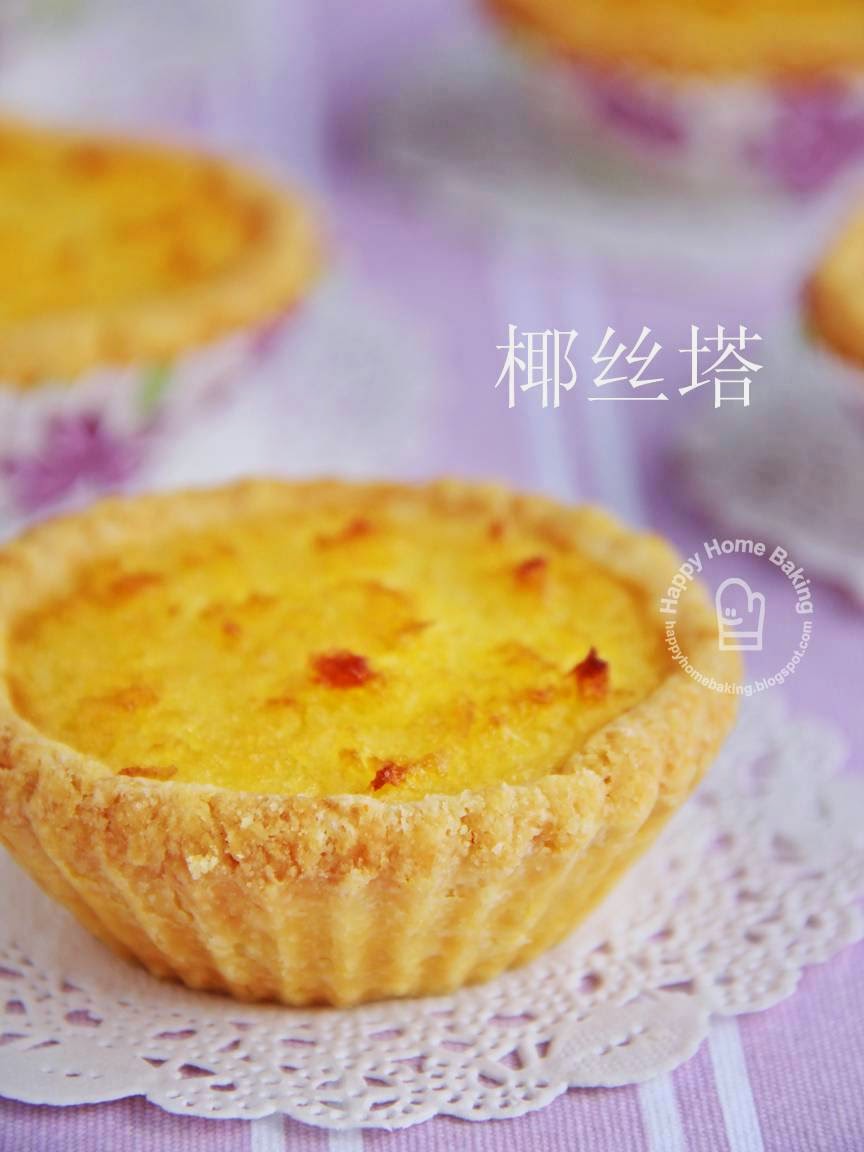 Coconut tarts take longer to bake than egg tarts...which is great as the pastry crust will be nicely golden browned all over with the extra 15 minutes in the oven. 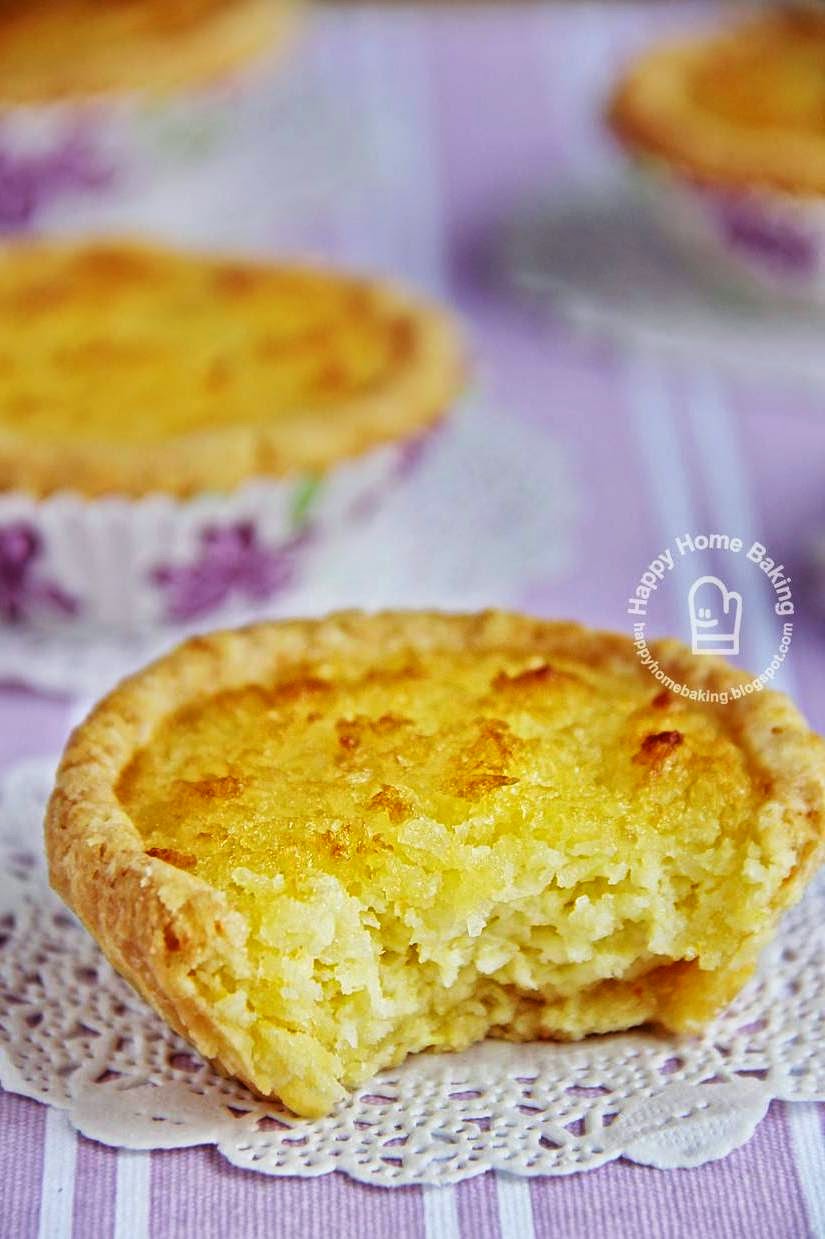 I really like the buttery and fragrant coconut fillings, in fact, I prefer these coconut tarts to egg tarts. However, not everyone in the family likes shredded coconuts, but it is not necessary and neither will I try to please everyone. The furthest I would go is, the next time I were to make these tarts, I will bake one batch of egg tarts and one batch of coconut tarts ;)

for the coconut filling:

Hi HHB, this is something I love and wanted to do but never did. Coconut tarts used to be very cheap during my childhood days when we bought lots of it as gifts for our outstation relatives and friends whenever we go visiting. I used to buy for my colleagues in KL, too. Really nice and I must bookmark this to do. Thanks for sharing.

My hubby will think he is the luckiest man if he ever eats fresh coconut tart at home. I still find tarts a bit intimidating to make. Hope to try this out soon.

Hi HHB, if I were to use a small tart mould [3-4 cm], what you advise on the baking time? I'm thinking of making these for a group gathering.

I love coconut tarts! Yours look crispy outside n creamy inside. To do after exam....

I grew up eating traditional kuih made with coconut milk or grated coconut, but sad to say the only stall at the wet market near my place that sells freshly grated coconuts and freshly squeezed coconut milk has closed down for good since last year :'(
Hope u have fun making these coconut tarts!

You should give it a try, it is not as intimating as it looks. This recipe is quite dummy proof, if lousy baker like me can do it, I am sure you can do way better!

I have not tried baking with small tart moulds, maybe it will only take about 20mins to bake. Do check at 15mins and every other 2mins. Have fun :)

yes, it's exam period now...can't wait for it to be over so that my younger boy can clear his table which is now piled up with books, files and worksheets, so messy!
Do give this a try and hope it won't disappoint you :)

Hi, I love coconut tarts especially the ones from hk here. As I couldn't get freshly grated coconut here unlike in Malaysia/ Singapore, could I use pre packed shredded coconut?

Thanks for advice. Will try and let you know.

When I saw your tarts they reminded me of "pastas de nata" Portuguese custard tarts. Yours look delicious and beautiful!

Hi
I tried this recipe & turned out to be so nice. My family like it. Tks for sharing.

Hi Sheila, happy to know that these coconut tarts turned out well for you and your family :)

Hi HHB, I try to bake these using small tart moulds next time. The crust is very crispy and buttery. Nice.

I tried out your recipe and it turned out perfectly. It is in my blog at:
http://theinformalchef.blogspot.com/2015/05/coconut-tartlets.html#more

Thanks and best wishes,
Christine@Theinformalchef

Thanks for sharing your baking experience :)