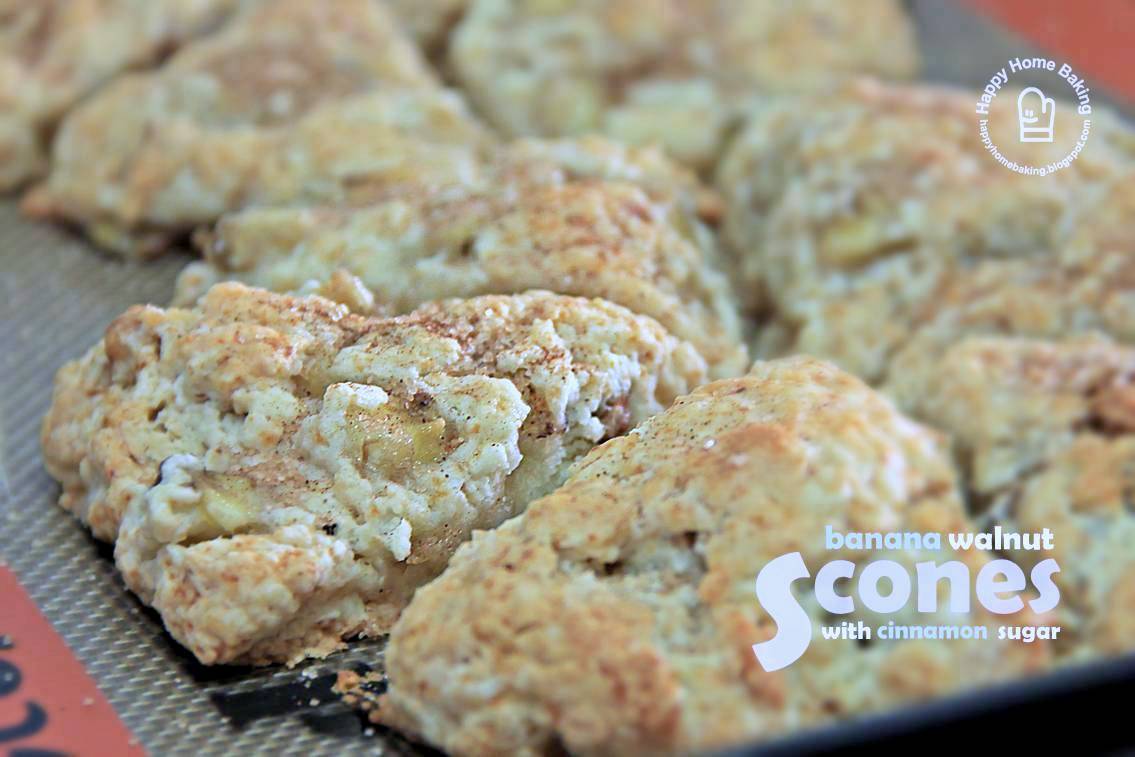 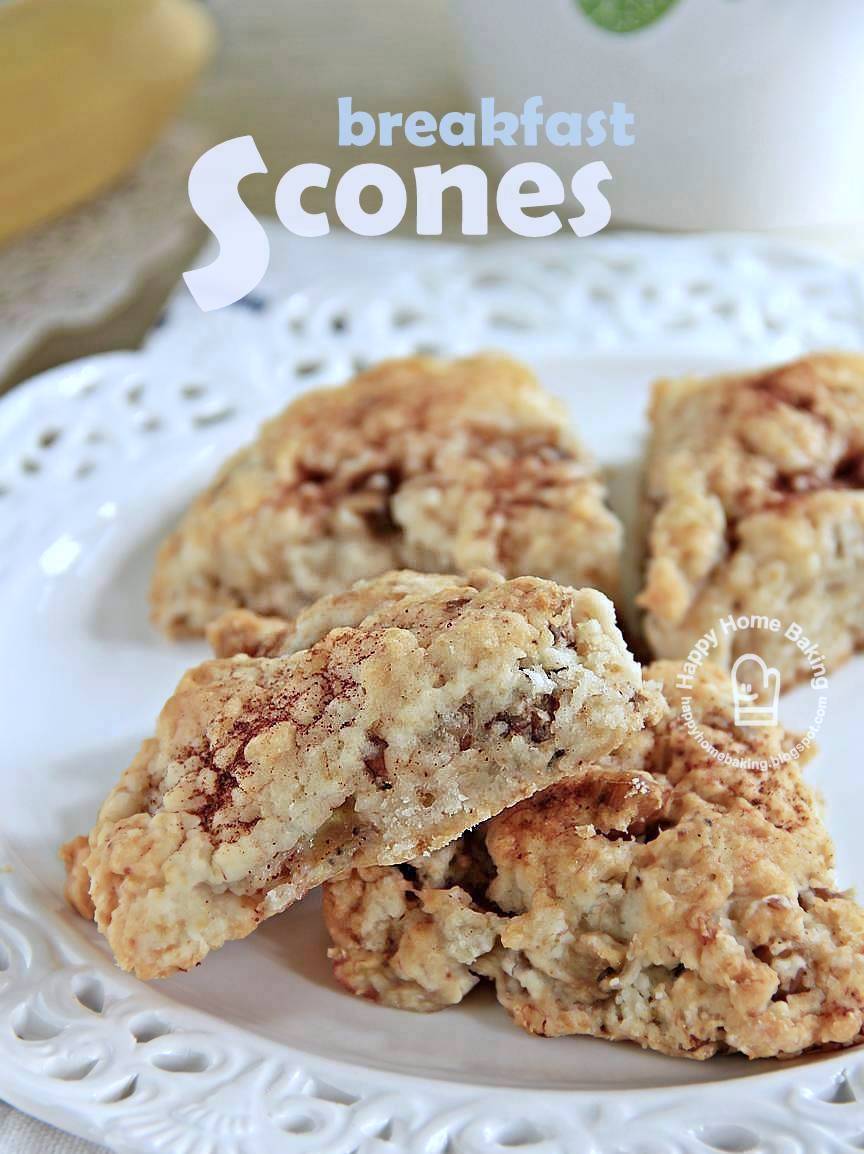 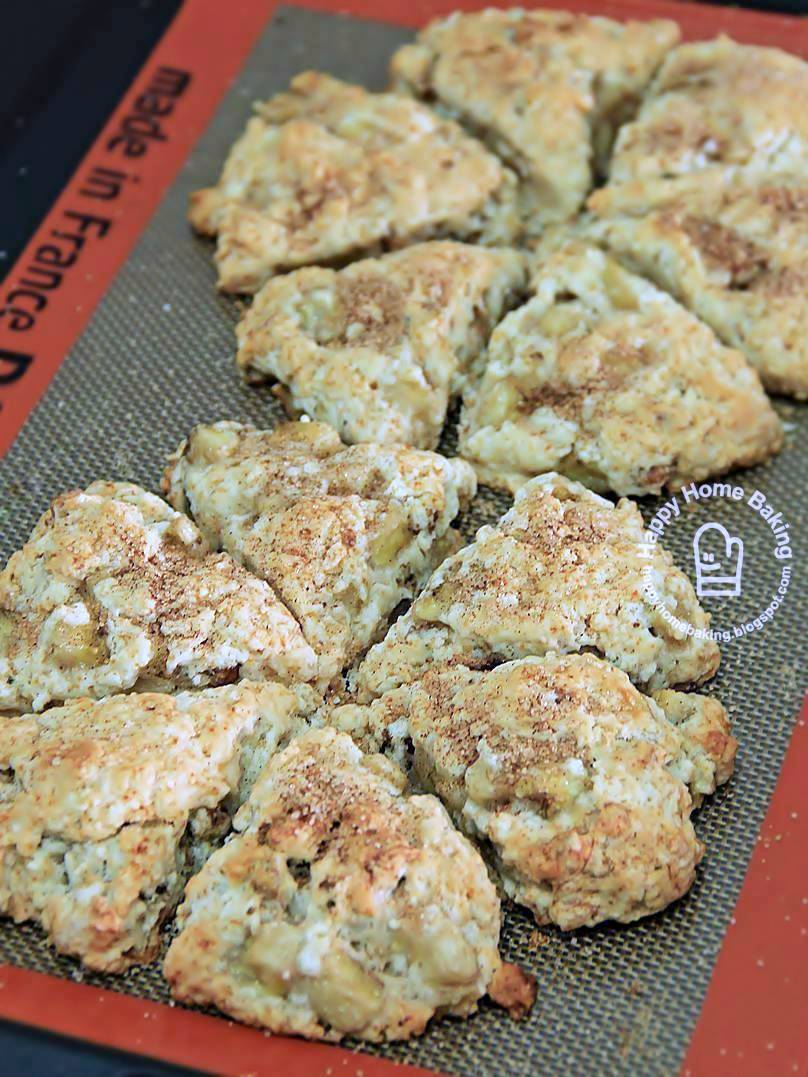 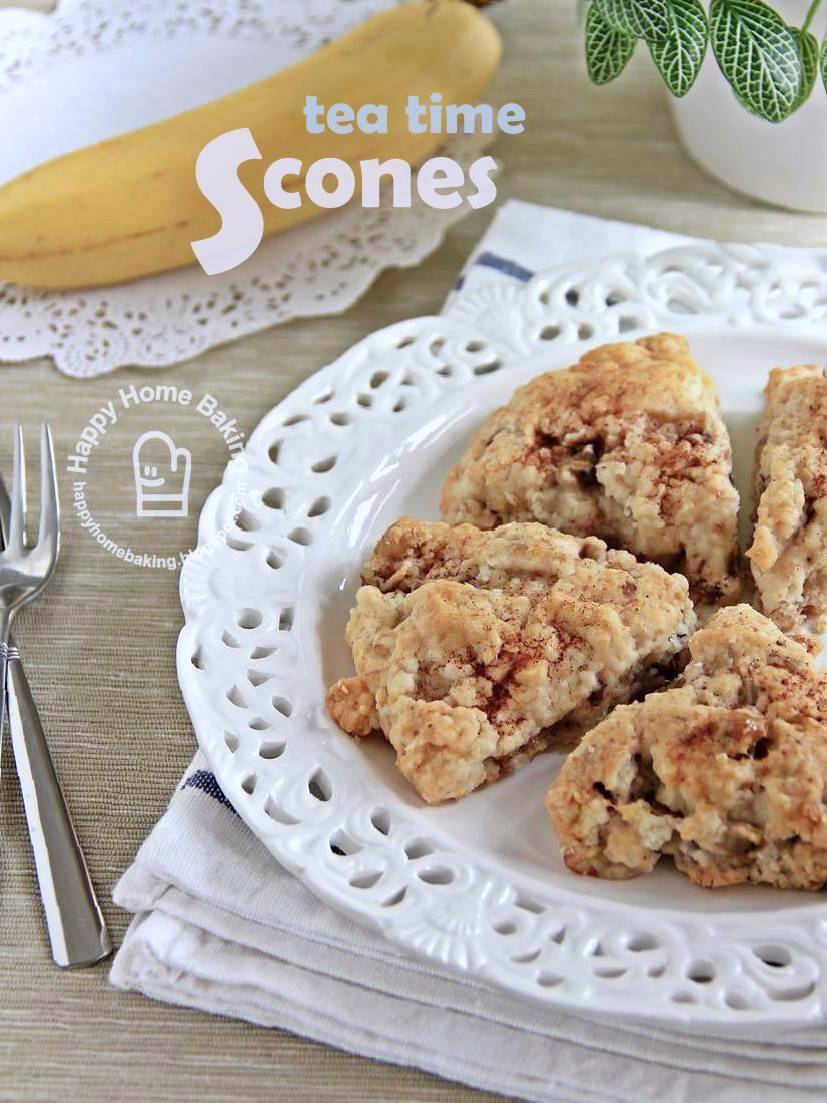 Mmm I've had banana cinnamon scones before and they were delicious!

The scones look lovely, do you think the dough can be cut using the normal scone cutter? Am thinking of trying this recipe for a morning tea I'm attending next week!

Hi Grace, these scones are really delicious, will be making them again this weekend :)

CY, yes, you can cut the dough out using the scone cutter. Hope you will like this and do let me know after you have tried making them.

I tried the scones today, and they are very tasty!
Thank you for sharing the recipe :-)

Hi! I baked these yesterday and had some for lunch today...it was awesome good!
Thanks for sharing:D

Hi, thanks for trying this recipe, I am so glad that you like these scones as much as I do!

Hi Jeannie, thanks for your feedback :) Happy to know that they turn out great!

Nice blog for an bit bored western guy in upcountry Thailand.
Thanks.

We tried these out tonight after a very long journey and craving something warm before bed. I swapped out the walnuts (allergies) for dessicated coconut and threw in a small handful of choc chips. They came out fantastically and with so little work involved.
Thank you for the recipe!

These look so good! I might try making them chopped cherry and some dark chocolate chips :)

Hi l tried your mango chiffon cupcake last Sat. Can you remember if your cake is moist on the inside? That's what happened to mine. It is unlike the usual chiffon cake. Also mine do not have mango flavor although I use Thai mango

Hi Wendy, the cake is not wet/moist inside...maybe you have under baked them?

hi... u have a great blog here...
may i know how you create your recipe index?

Hi Joycelyn, I used 'Pages' to do the recipe index.

Im really lucky to find you post! You are surely doing a right thing. After carefully reading, I find that your article interest me. Do you drink Chinese Tea as me? Where you usually get your tea and teapots? Local mall or tea related websites?