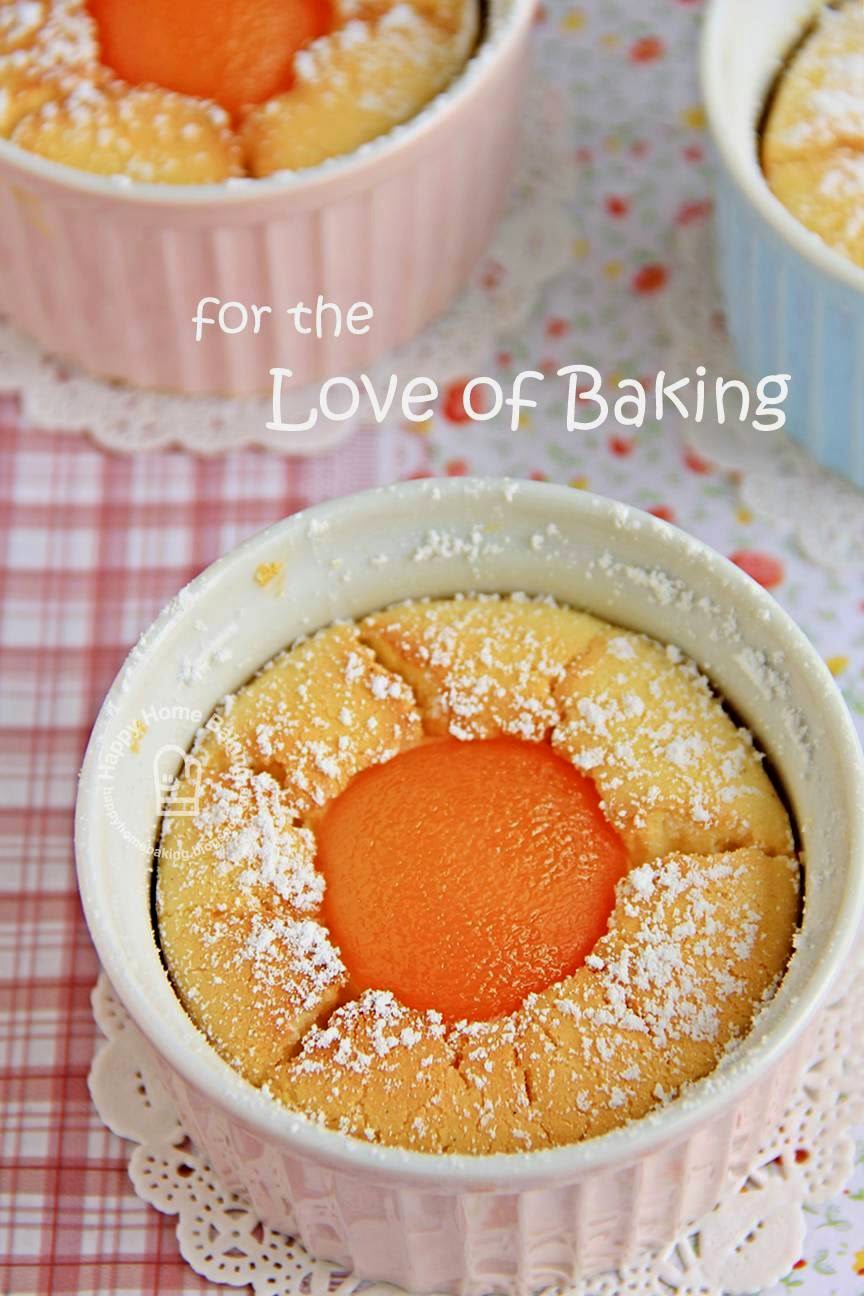 Whenever I start harboring thoughts of giving up blogging altogether, all I needed to do was to try something new(to me)...be it a new ingredient, a new baking method or a new recipe. 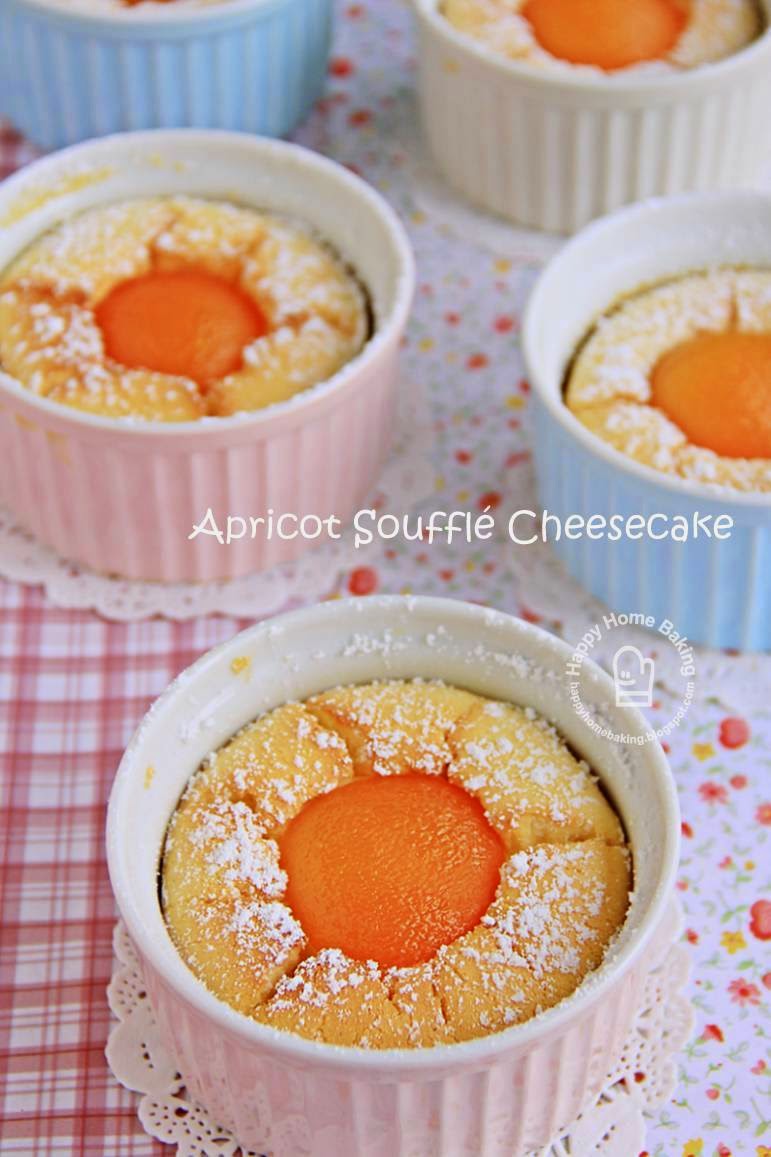 I happened to come across this Apricot Soufflé Cheesecake recipe from a cookbook which I borrowed from the library(the second time) and somehow it caught my attention this time...I have no memories of it when I first borrowed the same book a couple of years back (^^") 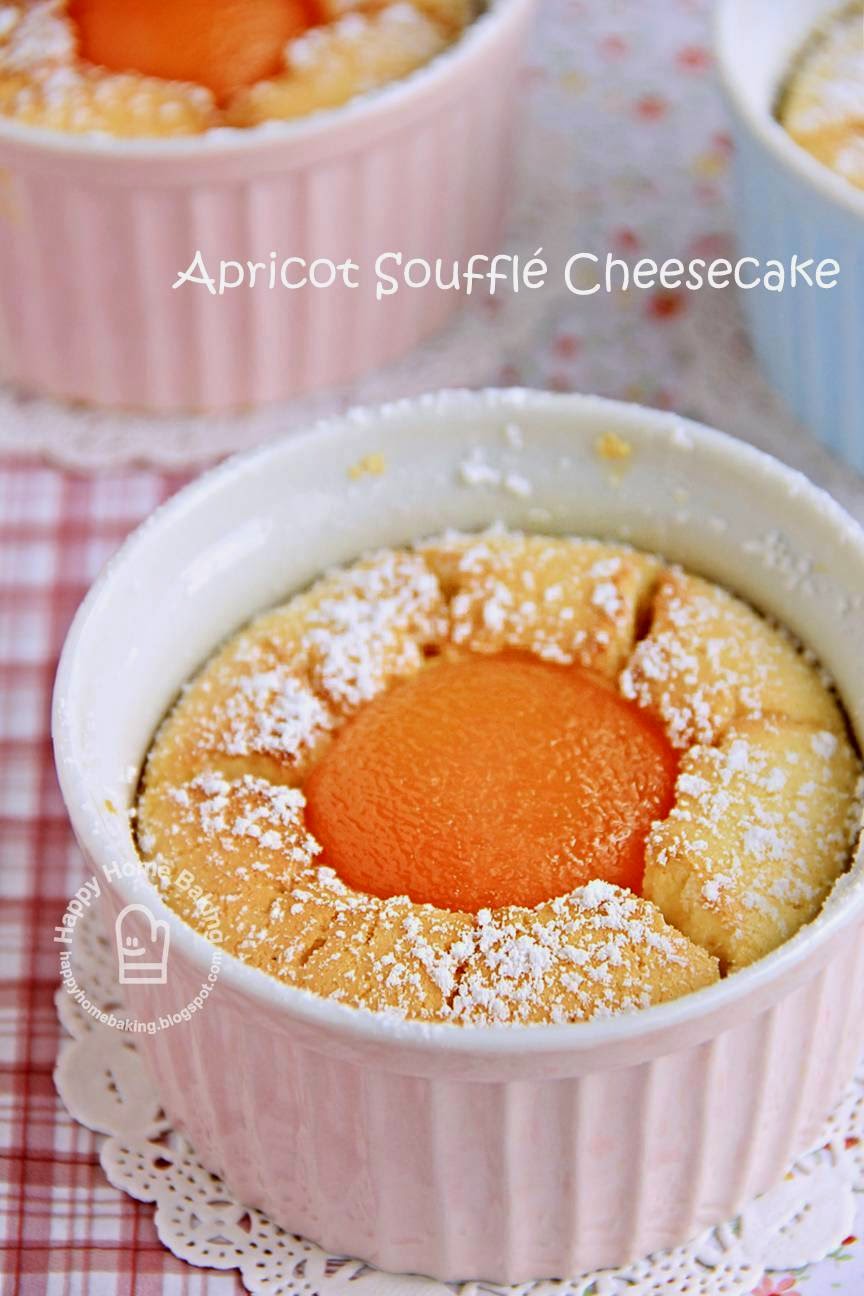 There is nothing new in this recipe...there is no new ingredients since I have already tried baking with apricots. There is no new baking method involved as the preparation is similar to baking a chiffon cake. The only new things I could think of is the combination of apricots with cheesecake, and baking cheesecakes in ramekins.

The cheesecake rose beautifully, well above the rims of the ramekins while they were in the oven. They started sinking as I left them to cool. I wonder, if I had given each of them a bang on the table when they were right out of the oven, would it help to prevent them from sinking that much? 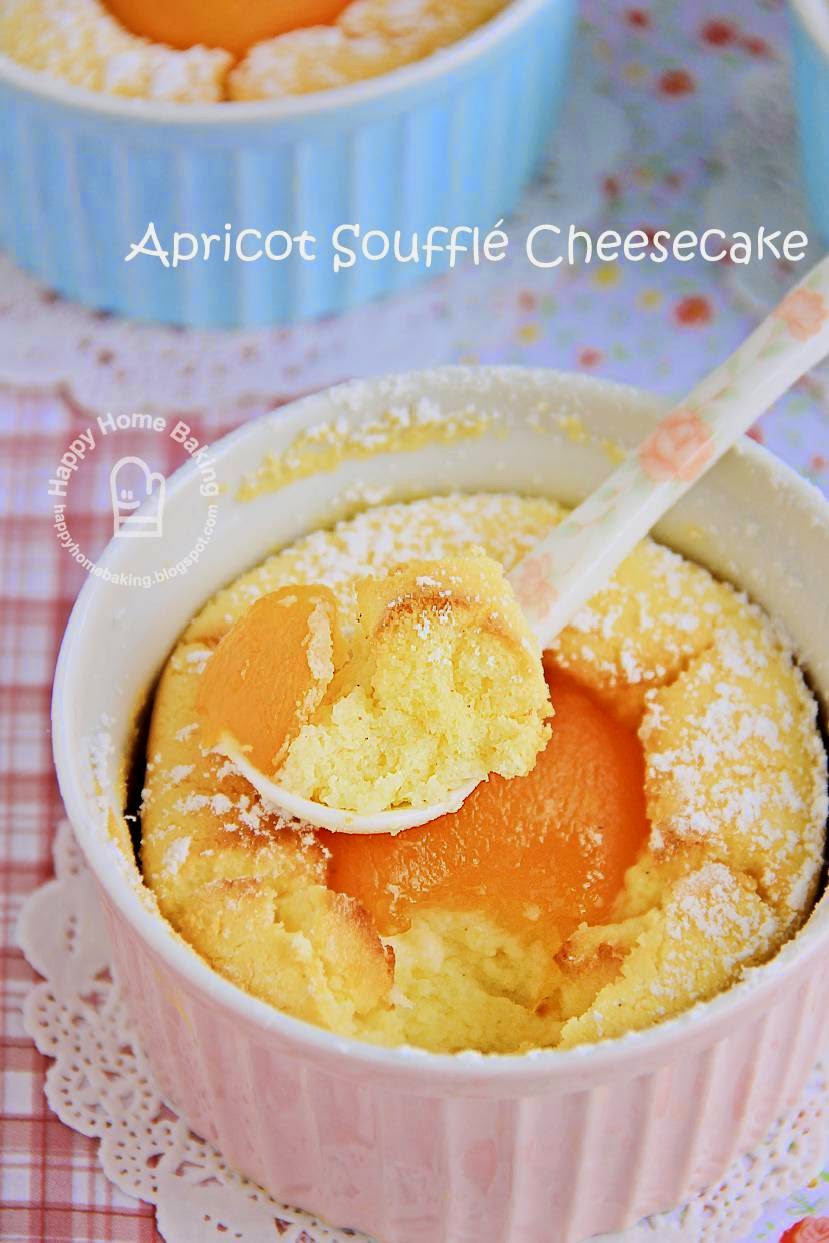 It is stated in the cookbook that this dessert is best served before the cake starts shrinking and sinking, which means it is best served warm or almost immediately when it comes out of the oven, just like a soufflé. I didn't have the chance to sample the cake while they were still all puffed up. By the time I was done taking pictures, the cakes were well sunken. Nevertheless, the texture was still soft, fluffy and moist. I offered one to my younger child and he ate it in silence. We were not on speaking terms that day as he felt that it was unreasonable of me to scold him for not taking care of his things ;( Anyway, he devoured the cake in no time and I noticed him licking up the crumbs from the ramekin. Under normal circumstances, he would have asked for a second helping. I broke the silence and offered him another serving. He gladly took it and enjoyed the very last crumb, still in silence.

I kept the leftovers in the fridge for my elder child. When left to chill over night, the texture became rather dense, tasted rich and quite similar to a new york style cheese cake. I personally prefer the lighter version but my younger child liked both.

If you are keen to give this a try, I would suggest to use fresh apricots instead of canned ones. The canned apricots I bought was a tad too sour for my liking. I think to replace the apricots with peach slices or even strawberries would be a delightful variation as well. 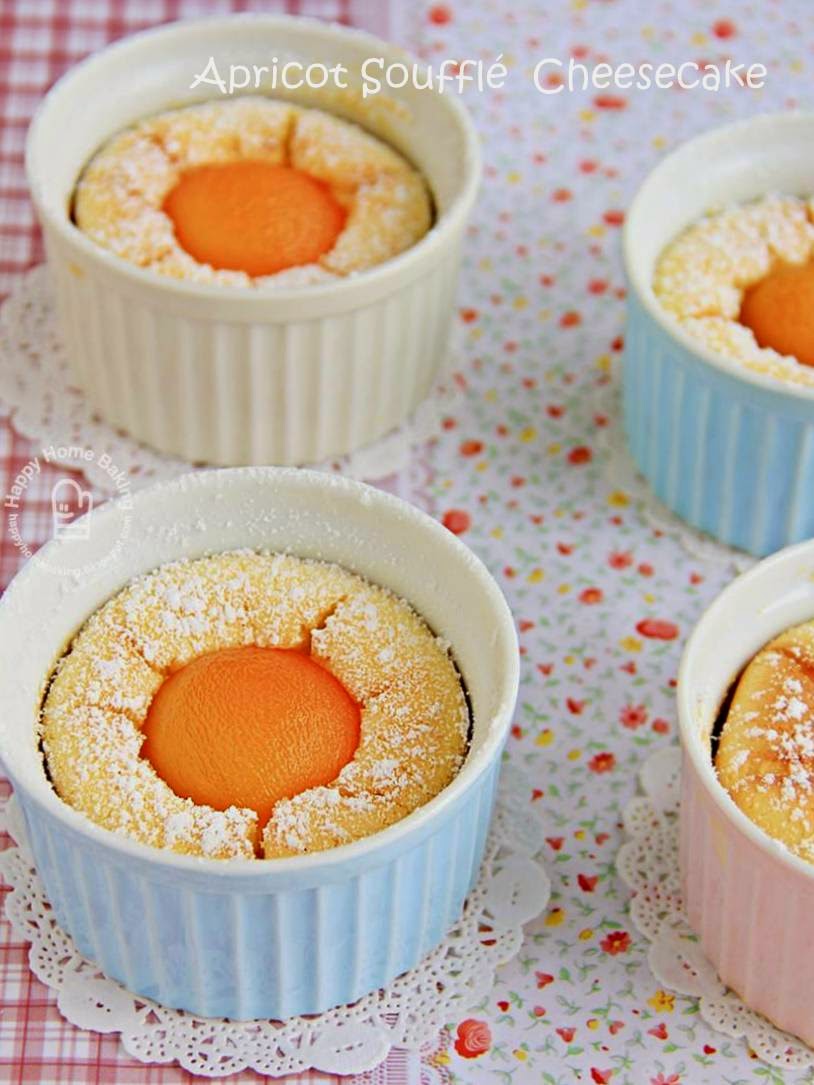 8 apricot halves, canned or fresh
some extra butter for greasing
some icing sugar for dusting

Email ThisBlogThis!Share to TwitterShare to FacebookShare to Pinterest
Labels: Cheesecake

So cute, reading about your little boy. There's a lot of useful information about the texture of the souffle, hot and cold. It is a good guide for souffle newbies like me.

I am a huge cheesecake fans and this quick and yummy recipe is definitely a keeper :)

These mini cheesecake are rather pretty. I always prefer baking something that can be served later. But it looks like this one is quite versatile - served warm or cold. Just the way I like it! Hope that all is well between you and your boy :)

Hi Phong Hong, same here I prefer to bake in advance :) I cannot be upset with my son for too long, no matter how hard I try ;)

Hi Ellena, hope you give this a try and I look forward to reading your version!

I have always wanted to try baking souffles but have no guts to do so...but I am now game to give it a go ;)

I gave your recipe a try today to use up all the yellow peaches that had been sitting in my fridge. It was a great success and my family loved the light fluffy soufflé and the peaches turned really sweet after being baked for a while. Thank you for the inspiration!