On the second day of our road trip, we spent the entire day driving around the scenic Lake Tahoe, the largest alpine lake in North America. The evening before, my little one declared that he would be able to 'walk' around the lake. Little did he know that Lake Tahoe is actually more than half the size of Singapore, with a maximum length of 35km and width of 19km. It is also interesting to know that the lake is at an elevation of almost 1900m above sea level. When I saw those road signs stating the altitude of the area, I wondered how tricky it would be to bake at such high altitude? The first time I got to know that there is something known as 'high altitude baking' was when I bought my first box of Betty Crocker's brownies pre-mix many years back. Apparently, with the differences in air pressure, recipes meant for 'sea-level baking' have to be adjusted if you are living at high altitude. Well, I guess I will never have the chance to try it as I don't foresee myself moving to anywhere higher than 100m above sea level. Anyway, I have digressed ;)

I have to confess that I didn't really pay much attention when it came to planning our driving tour around Lake Tahoe. I did read up on Lake Tahoe before leaving for our vacation, but it was nothing, compared to the in-depth study of the various hiking trails available at the Yosemite. So, while we were having breakfast, we did some last minute search on the internet, hoping to get some idea how to spend the day. As with all last minute work, we didn't had much luck finding what we were looking for. In the end, we drove off with just a map on hand and with the only thing I remembered from the guide book...that is, to start driving from the western shore, making a clockwise loop around the lake. 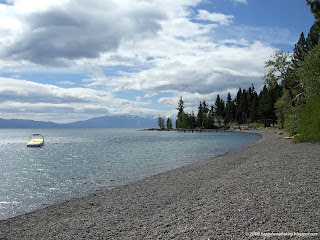 After stopping by a few vista points for some photo taking, we pulled over the side of this beach, known as Sunnyside. We were drawn by the beautiful blue water and I was delighted to discover the beach was covered with pebbles. 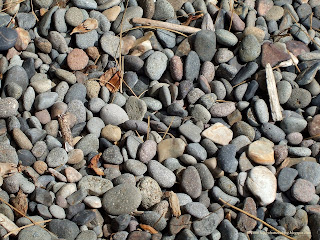 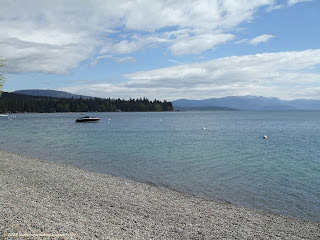 I started clicking away on the camera while the boys amused themselves by throwing handful of pebbles into the water. It was a shame that we only had an idiot proof camera with us...I tried taking several shots of the whole area hoping I could 'stitch' them up to form a panoramic photo when I got home. 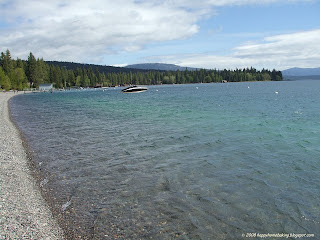 If not for the freezing cold breeze, we would have stayed a little longer here.

We continued our drive and shortly, we reached Tahoe city, at the northern shore. We stopped over at a parking area to get our bearings, after which I stepped out of the car to have a look around...and I spotted this gorgeous sculpture right next to the parking lot. 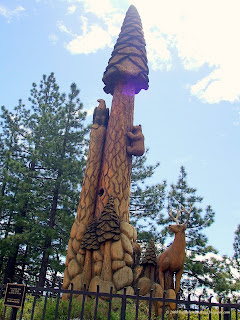 For over a hundred years, a 120-ft Jeffry Pine (known fondly as the Big Tree by the locals) marked the centre of the town. After it's passing in 1994, a section of the tree was preserved and this sculpture was commissioned. 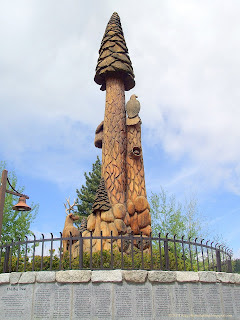 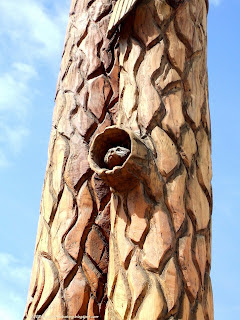 We took a stroll along the beach front... 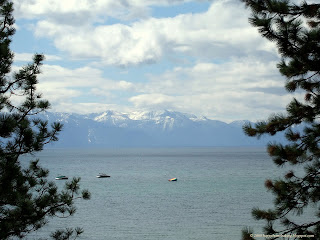 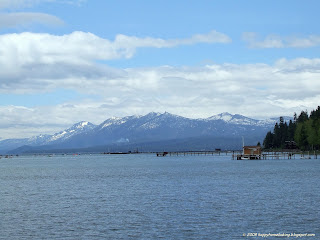 before making a detour to the Squaw Valley for a quick stop over. 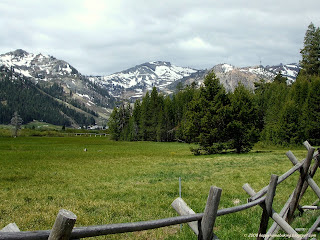 After a hearty all-you-can eat pizza lunch at the Round Tables pizza at the town of Truckee, we tried to find our way to the Donner Lake Summit trail. However, when we finally managed to locate the trail head, we thought we should give it a miss...as the place seems quite deserted, instead we simply drove round the Donner Lake. 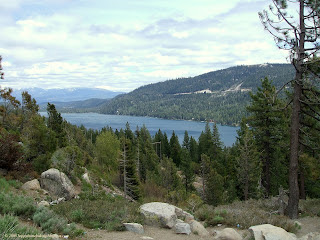 Then, it was back to the Tahoe shoreline, passing a few beaches before we headed up to the Mt Rose summit area. 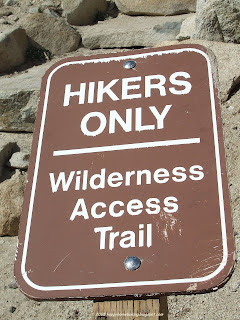 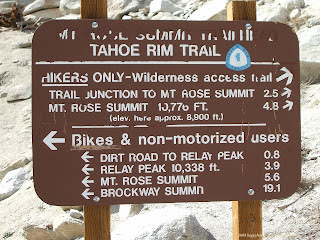 Once again, we gave up the idea of taking the hike to the summit...it would be way too long and time consuming. However, we did walk less than half a mile up the trail and was greeted by this stunning view of the whole area: 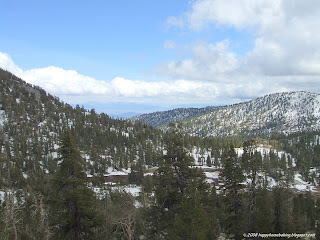 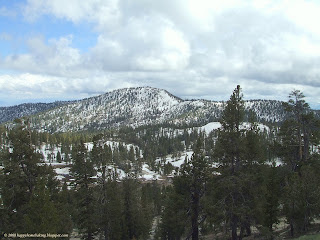 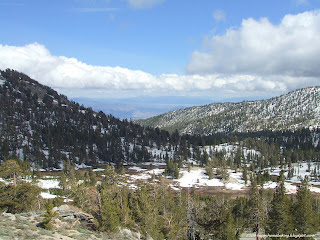 As it was getting late, we continued our journey back to South Lake Tahoe, stopping only once near the Secret Harbour: 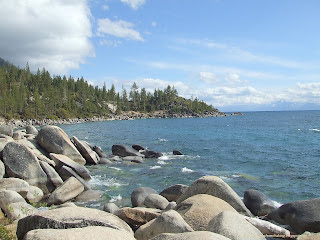 It was a good drive around the lake...I thought the scenery along the way was so stunning and beautiful...but not until we came across more spectacular views the following day on our way to Yosemite...

Email ThisBlogThis!Share to TwitterShare to FacebookShare to Pinterest
Labels: Travel

waoh, looks like a very long and good vacation. your lovely pics bring back lots of fond memories, when my hubby and I were still dating:)