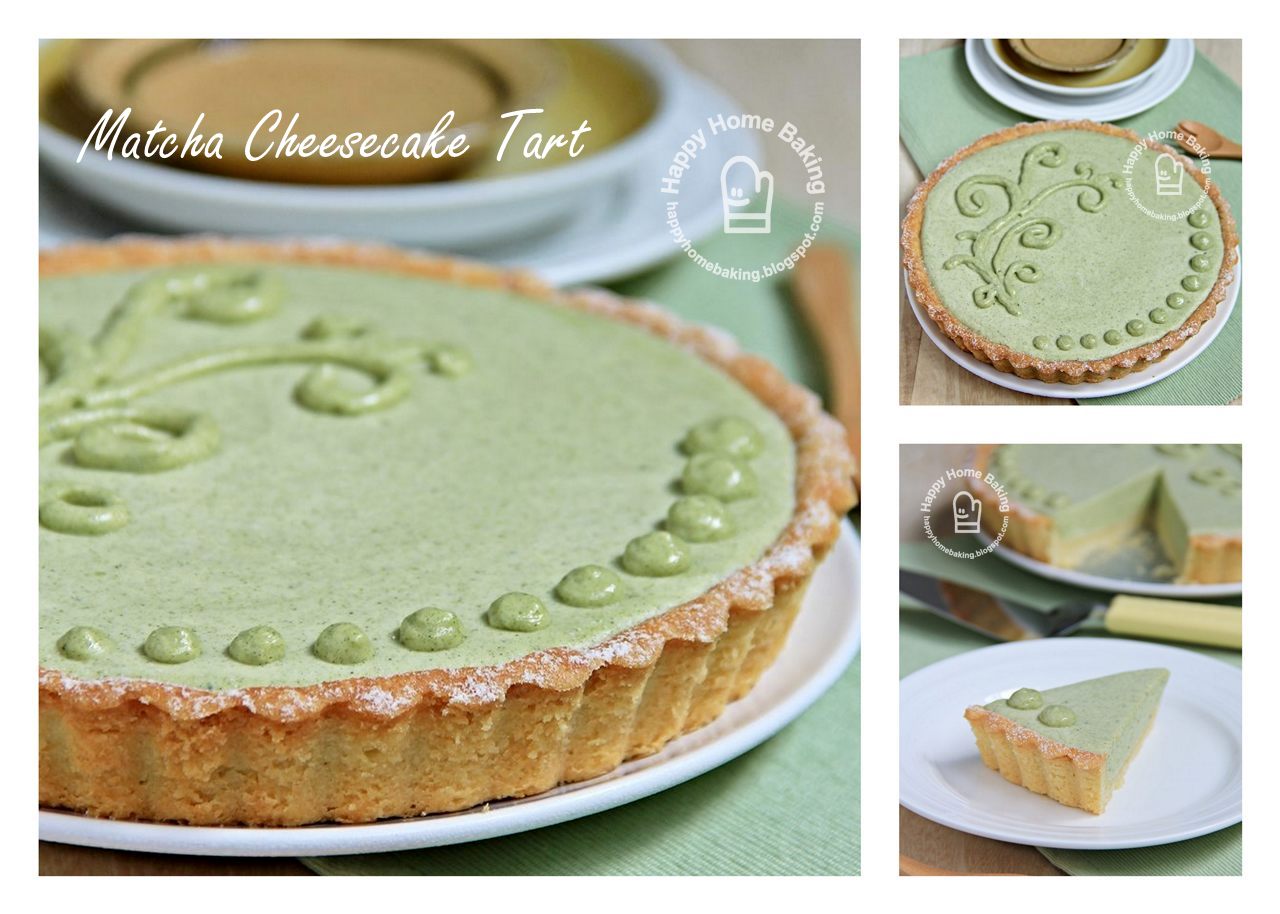 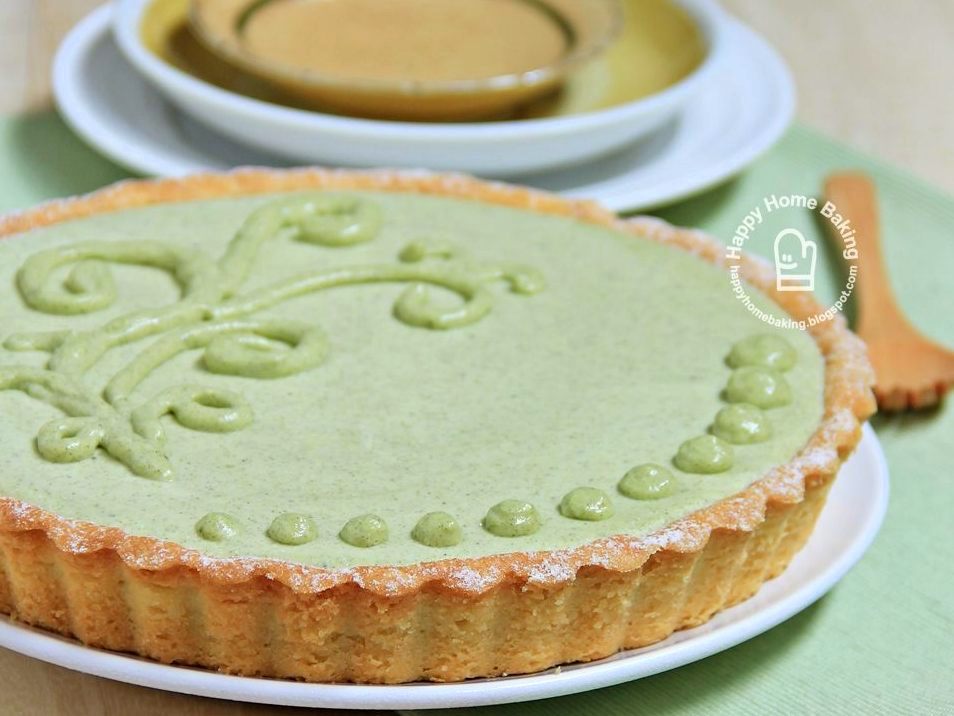 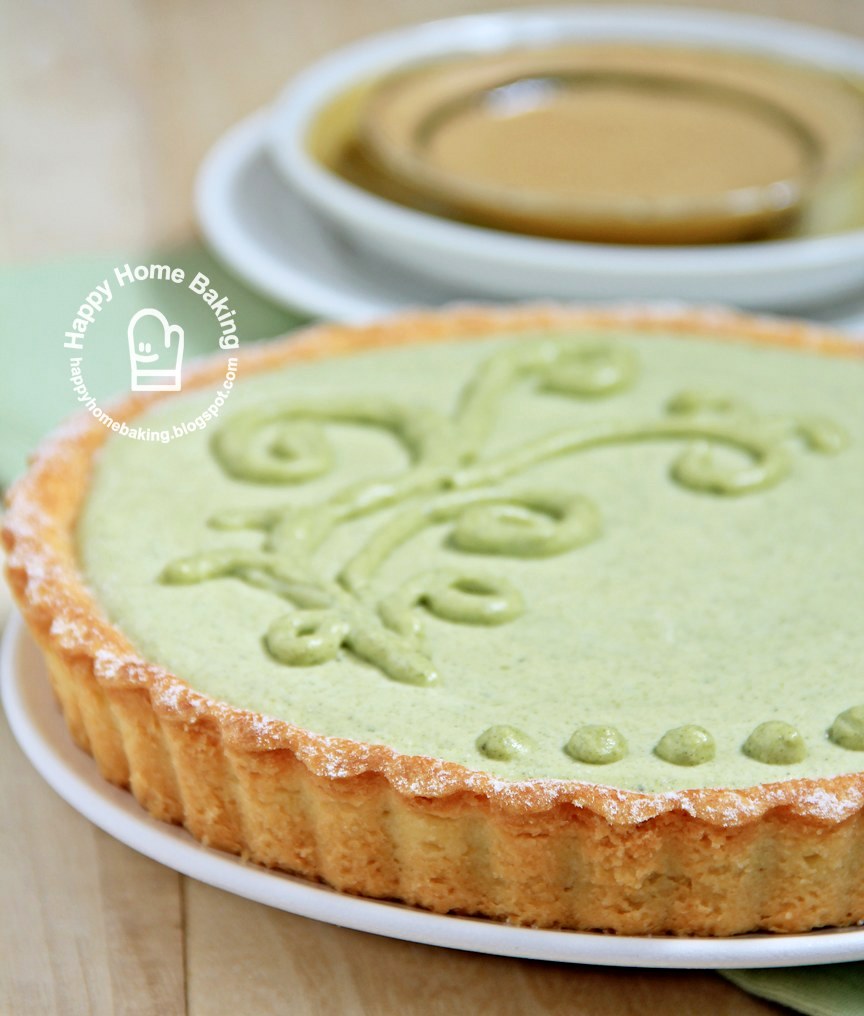 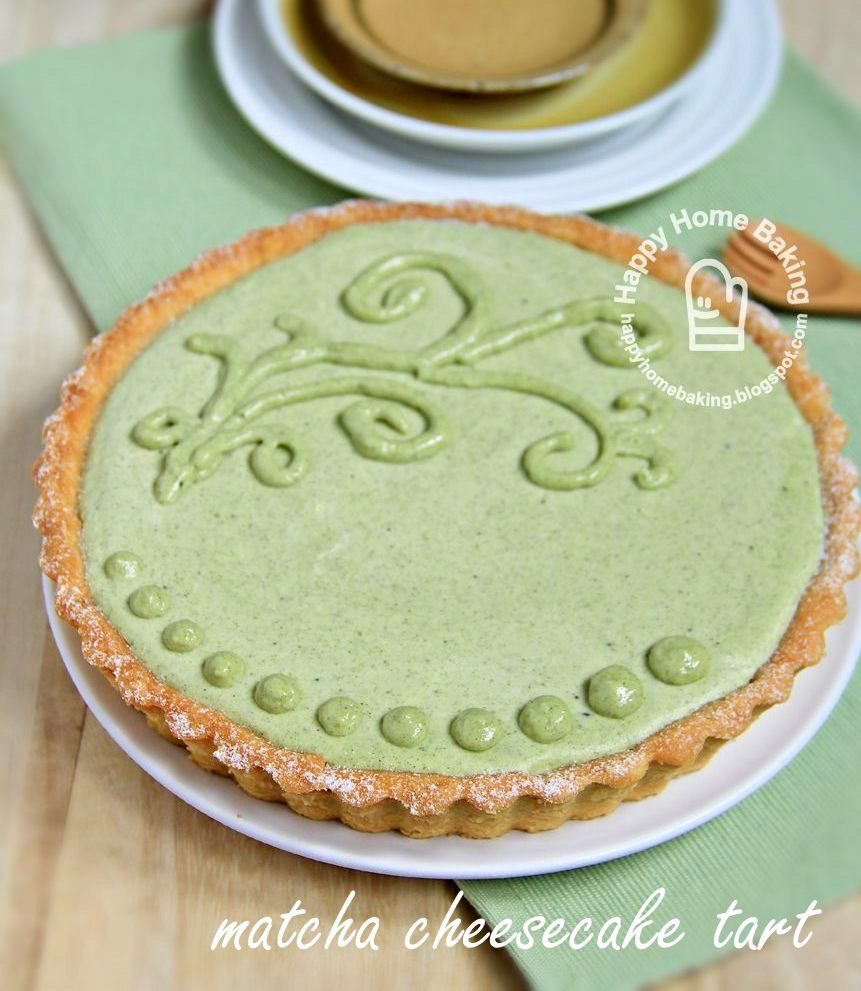 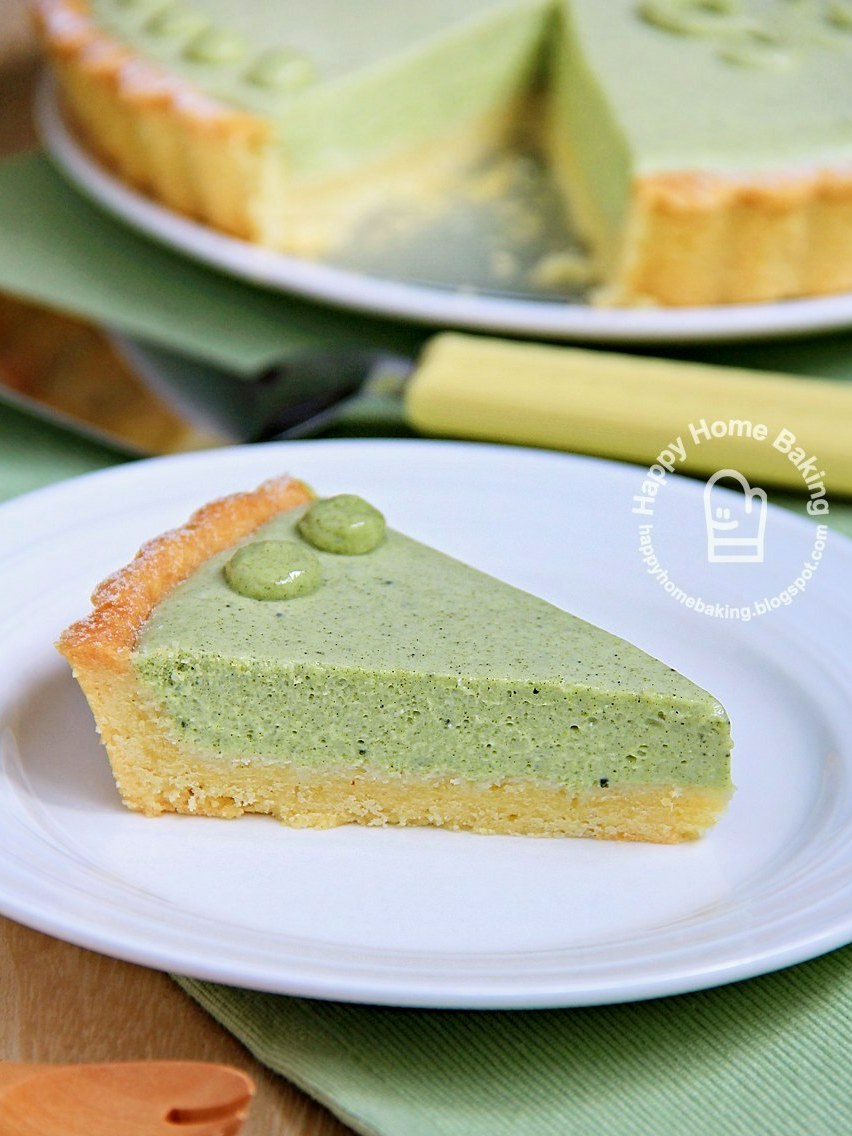 to make the tart crust:
to make the filling:
Recipe source: 甜点新手零失败教室 and here.

Very special and beautiful tart! I hope you can submit this to AB to support yah. :)

can't take my eyes off it, make me eager to taste it =P

It is worth every effort! I love the green colour and the design you piped. Very pretty tart I must say, in fact the green specks are kind of nice to look at :)

This looks amazing HHB~! i think you did a great job with the piping =D
I've been in a cheesecake mood recently so love this recipe because I'm also a big fan of Green tea ^^ thanks for sharing the recipe!!

actually your baking friend is the one who is receiving loads of gifts from you ! as for lunch, the baking friend also received many free lunches from you....

It looks beautiful and good to me.

This looks really interesting, that's for the inspiration, can't wait to give this a go myself!
B-e-a-u-t-y-t-u-t-o-r.blogspot.co.uk

wow this looks absolutely amazing! don't be too modest haha the floral pattern is beautiful

Hi HHB, the tart looks very good to me, the pattern is nice!

I've never tasted Matcha tea flavor yet, but I'm much intrigued...Loved the shot of the slice of cheesecake...perfect!

I'm a huge fan of your blog and read it very often and gaze and gaze at your pics :-) Keep blogging!

Yum! I love Matcha and your tart crust looks so crunchy and yummy! :)

I love Matcha.This is something new for me by incorporate Matcha in tart's filling. Nice!

Hi SSB, thanks for inviting will certainly certainly participate in this month's AB!

Wooow, the cake is really perfect! I love ur blog! :D

I must admit a green cheesecake is something different! :) love the piping on top, very clever!

This looks beautiful, can't imagine what the taste it like but it sounds very refreshing!!

Nice, clean and sleek cut of the cake. Yum yum.

What a beautiful cheesecake!

Do you think I could use leaf gelatin rather than powder? I've never seen gelatin powder for sale here.

Hi Snugglor, you may use gelatin leaf...however I am not able to advice on the exact amount of gelatin leaf to use.

Very nicely done! A master piece that make me hungry early in the morning!

That's my quick way to get some swirls! Hope this method helps in some way :)

Hi sminty, thank you for sharing your experience and your tip is certainly helpful, will try it the next time! thanks!

Hihi...can i just check that you are actually baking all this using yr BOSCH HBN 331E2 J oven?

Hi, I started using the Bosch oven only 2 years ago, previously I used a small 20 litre Tefal table top oven.

hi, what did you use to pipe the design?

As in... Is it the green tea cheesecake filling? piped after or before baking the tart?

It is as stated in the instructions above, the filling doesn't require baking.